Financial Responsibility During Separation for your Kids’ Expenses

What is your financial responsibility during separation? Learn all about this in-between period and how to manage it.
By:
December 1, 2021 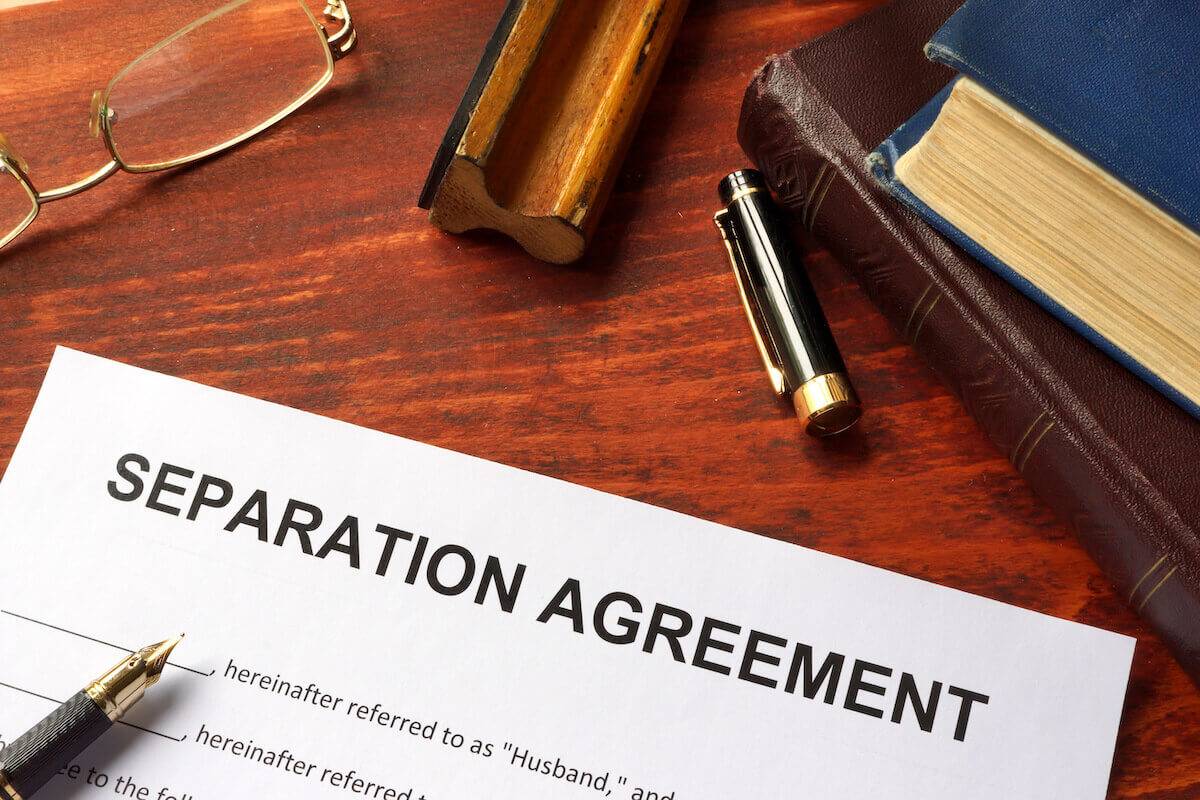 ven if it’s the right call, making the decision to end a marriage is never easy. The emotional cost of a split is significant enough. The financial aspects are just as big. Once the divorce decree is finalized, you’ll likely have court orders for several things: child custody, property division, child support, and/or alimony.

But those orders often come at the end of a divorce case. Once you make a decision to divorce, it could be months before your marriage is legally dissolved. And if you’re a parent, you can't wait that long to come to an understanding of how to pay for your kids’ expenses. So, you’re probably wondering, how do you accomplish the goal of expense sharing without a court order?

The decision for a married couple to separate is often charged with emotion. Sometimes it happens quickly or unexpectedly. In those circumstances, it can be hard to stop and consider the financial fallout of your marriage’s end. So don’t be hard on yourself if you didn’t plan everything out ahead of time. It’s a common problem.

For parents, the well-being of your children will always come first. That means you need to think about two closely related financial obligations: child custody and child support.

You can also think about whether spousal support will be an issue in your divorce, as well as how division of marital property will affect your financial situation.

While you might not immediately think of custody as a financial issue, it has a direct effect on the expenses related to your child. After a separation, you will find that these expenses present issues you hadn’t thought of before. Chief among these is how your two separate households will split expenses.

In most cases, parents will agree that they should split their child’s expenses 50/50. In other words, if your daughter is going back to school in a month and needs $250 worth of new clothes, you’d agree to each spend $125.

Though that works in theory, you have two bank accounts now. The parent that your child lives with most of the time is going to be the one who ends up footing the bill by default. (This is usually the person who will end up being the custodial parent.)

(In this article, when we say “custodial parent,” we are talking about the parent that the child will be spending over half their time with. Custody is not usually split exactly down the middle, but where it is, these situations will be minimized.)

Because your child spends most of the time with the custodial parent to-be, that parent will suddenly be paying more expenses out of pocket, whether that’s new clothes, meals, or extracurricular expenses.

Because the expenses are going to naturally fall on one parent, you have the responsibility to make sure that the amounts spent by each of you are roughly what you have agreed to. If that responsibility is 50/50, then both parents need to keep close track of all expenses in order to make sure that the scales are balanced at the end of every month.

Another point you should consider when balancing those scales is alimony. When one spouse makes more money than the other, a family court may order the wealthier parent to support their ex.

If alimony is going to be paid after your divorce, you should plan for it during the separation and figure out how much the alimony payment should be. Making an agreement you’re both satisfied with is better than leaving it to a judge to decide.

Figuring out the spousal support issue will also tell you how much each of you should expect to pay for your child’s expenses. If the person who will be the non-custodial parent makes $200,000 per year and the custodial parent is a stay-at-home parent, there will probably be an alimony order, and it makes less sense to expect a 50/50 split on a child’s expenses.

Another key issue affecting your finances will be the division of property that you bought or acquired during the marriage. Depending on the state you live in, you might be entitled to different real estate assets and personal property. (Check out this article for a discussion of community property states and separate property states, as well as the effect those laws have on divorce.)

If you received a very large asset from the marriage (like a house), it will probably affect the financial picture between you and your ex.

Also keep in mind that, like the marital assets, debt will also need to be split up. That means mortgage payments, car loans, and credit card debt will need to be paid by someone, and those amounts may also affect the amount of support that one parent pays to the other.

Tools to Help You Split Expenses With Your Co-Parent

As you can see, there are several factors that go into figuring out pre-divorce financial responsibility. It’s not just a matter of cutting every expense in half. The whole picture has to be accounted for to keep things fair. Doing this requires a lot of thought, planning, record keeping, and diligence.

Fortunately, there are resources that can help you and your co-parent figure these things out. With regard to the child support and alimony amounts discussed previously, there are calculators on the internet to help you figure out what the right amounts should be for your family. (For example, see the California alimony and child support calculators here.)

Once you consider those amounts, you’ll have a better idea of what the split of expenses should be between you. (Note also that you’ll probably want to discuss who will be responsible for health insurance premiums and other medical expenses, like co-pays.)

With all these numbers in mind, start tracking all expenses you incur on behalf of your child, and share those on a regular basis with your ex. The easiest way to track your shared expenses is on your smartphone with the Onward App.

Once you and your ex download the app on the App Store or Google Play, you can add expenses, upload receipts, determine how to split costs, and pay each other right in the app. No awkward conversations or nagging necessary.

What Happens When You and Your Co-Parent Can’t Agree

You probably know that once you’re divorced, a court will make a custody order, child support order, and/or alimony order to dictate everyone’s legal and financial responsibilities. But you might not know that courts can also make orders on these matters before a divorce is finalized.

In the case of alimony or child support, for example, you and your lawyer can file a motion for temporary orders while you are making arrangements for a divorce. The same is true for alimony. Be careful with these procedures, though.

Once you go to court and get an order, your relationship with your ex will likely suffer. No one likes being dragged into court or forced to do something by a judge. This is even more true where you are being criticized for how you act as a parent and/or raise your child. Even the most even-keeled parent can see a court hearing as a personal attack.

So, if you can, work out a separation agreement that you all voluntarily agree on. Using the online calculators and the Onward App, you can get a good idea of what a judge might order in terms of support and alimony. From there, you can negotiate a mutually beneficial arrangement.

Making a Roadmap for the Future

Yes, legal separation is a tough decision for your family, but keep in mind that you’re doing this so that you, your ex, and your kids can have a better future. Though you and your former partner are parting ways, you can take steps to ensure a peaceful separation period.

The Onward App is an easy way to make sure that financial responsibility during separation is fairly split. Once the divorce is finalized and you’re all able to move onto the next chapter, you’ll be glad that you took the time to set yourself up for the future.